“When did it all start, you ask, this job of ours, how did it come about, where, when?

Well, I'd say it really got started around about a thing called the Civil War. Even though our rule-book claims it was founded earlier. The fact is we didn't get along well until photography came into its own. Then--motion pictures in the early twentieth century. Radio. Television. Things began to have mass.

Montag sat in bed, not moving.

"And because they had mass, they became simpler," said Beatty. "Once, books appealed to a few people, here, there, everywhere. They could afford to be different.

The world was roomy. But then the world got full of eyes and elbows and mouths.

Double, triple, quadruple population. Films and radios, magazines, books levelled down to a sort of paste pudding norm, do you follow me?"

Beatty peered at the smoke pattern he had put out on the air. "Picture it. Nineteenth-century man with his horses, dogs, carts, slow motion. Then, in the twentieth century, speed up your camera. Books cut shorter. Condensations, Digests. Tabloids.

Everything boils down to the gag, the snap ending."

"Classics cut to fit fifteen-minute radio shows, then cut again to fill a two-minute book column, winding up at last as a ten- or twelve-line dictionary resume. I exaggerate, of course. The dictionaries were for reference. But many were those whose sole knowledge of Hamlet (you know the title certainly, Montag; it is probably only a faint rumour of a title to you, Mrs. Montag) whose sole knowledge, as I say, of Hamlet was a one-page digest in a book that claimed: 'now at least you can read all the classics; keep up with your neighbours.' Do you see? Out of the nursery into the college and back to the nursery; there's your intellectual pattern for the past five centuries or more.

Mildred arose and began to move around the room, picking things up and putting them down. Beatty ignored her and continued

One column, two sentences, a headline! Then, in mid-air, all vanishes! Whirl man's mind around about so fast under the pumping hands of publishers, exploiters, broadcasters, that the centrifuge flings off all unnecessary, time-wasting thought!"

Mildred smoothed the bedclothes. Montag felt his heart jump and jump again as she patted his pillow. Right now she was pulling at his shoulder to try to get him to move so she could take the pillow out and fix it nicely and put it back. And perhaps cry out and stare or simply reach down her hand and say, "What's this?" and hold up the hidden book with touching innocence.

"The zipper displaces the button and a man lacks just that much time to think while dressing at. dawn, a philosophical hour, and thus a melancholy hour."

"Get away," said Montag.

"For God's sake, let me be!" cried Montag passionately.

Mildred's hand had frozen behind the pillow. Her fingers were tracing the book's outline and as the shape became familiar her face looked surprised and then stunned. Her mouth opened to ask a question . . .

"Empty the theatres save for clowns and furnish the rooms with glass walls and pretty colours running up and down the walls like confetti or blood or sherry or sauterne. You like baseball, don't you, Montag?"

Now Beatty was almost invisible, a voice somewhere behind a screen of smoke

"What's this?" asked Mildred, almost with delight. Montag heaved back against her arms. "What's this here?"

"Sit down!" Montag shouted. She jumped away, her hands empty. "We're talking ! "

Beatty went on as if nothing had happened. "You like bowling, don't you, Montag?"

"More sports for everyone, group spirit, fun, and you don't have to think, eh?

“Towns turn into motels, people in nomadic surges from place to place, following the moon tides, living tonight in the room where you slept this noon and I the night before."

Mildred went out of the room and slammed the door. The parlour "aunts" began to laugh at the parlour "uncles.",

"Now let's take up the minorities in our civilization, shall we? Bigger the population, the more minorities. Don't step on the toes of the dog?lovers, the cat?lovers, doctors, lawyers, merchants, chiefs, Mormons, Baptists, Unitarians, second? generation Chinese, Swedes, Italians, Germans, Texans, Brooklynites, Irishmen, people from Oregon or Mexico. The people in this book, this play, this TV serial are not meant to represent any actual painters, cartographers, mechanics anywhere. The bigger your market, Montag, the less you handle controversy, remember that! All the minor minor minorities with their navels to be kept clean. Authors, full of evil thoughts, lock up your typewriters. They did. Magazines became a nice blend of vanilla tapioca. Books, so the damned snobbish critics said, were dishwater. No wonder books stopped selling, the critics said. But the public, knowing what it wanted, spinning happily, let the comic?books survive. And the three?dimensional sex?magazines, of course.

There you have it, Montag. It didn't come from the Government down. There was no dictum, no declaration, no censorship, to start with, no! Technology, mass exploitation, and minority pressure carried the trick, thank God. Today, thanks to them, you can stay happy all the time, you are allowed to read comics, the good old confessions, or trade?journals.”

“Yes, but what about the firemen, then?" asked Montag.

"Ah." Beatty leaned forward in the faint mist of smoke from his pipe. "What more easily explained and natural? With school turning out more runners, jumpers, racers, tinkerers, grabbers, snatchers, fliers, and swimmers instead of examiners, critics, knowers, and imaginative creators, the word ìntellectual,' of course, became the swear word it deserved to be. You always dread the unfamiliar. Surely you remember the boy in your own school class who was exceptionally 'bright,' did most of the reciting and answering while the others sat like so many leaden idols, hating him.

And wasn't it this bright boy you selected for beatings and tortures after hours? Of course it was. We must all be alike. Not everyone born free and equal, as the Constitution says, but everyone made equal. Each man the image of every other; then all are happy, for there are no mountains to make them cower, to judge themselves against. So! A book is a loaded gun in the house next door. Burn it. Take the shot from the weapon. Breach man's mind. Who knows who might be the target of the well?read man? Me? I won't stomach them for a minute. And so when houses were finally fireproofed completely, all over the world (you were correct in your assumption the other night) there was no longer need of firemen for the old purposes. They were given the new job, as custodians of our peace of mind, the focus of our understandable and rightful dread of being inferior; official censors, judges, and executors. That's you, Montag, and that's me.” 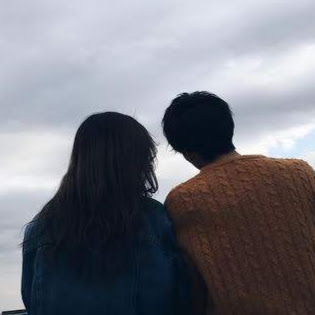