This ambitious volume explores the politics of recent changes in corporate governance regulation and the transnational forces driving the process. Corporate governance has in the 1990s become a catchphrase of the global business community. The Enron collapse and other recent corporate scandals, as well as growing worries in Europe about the rise of Anglo-Saxon finance, have made issues of corporate governance the subject of political controversies and of public debate. The contributors argue that the regulation of corporate governance is an inherently political affair. Given the context of the deepening globalization of the corporate world, it is also increasingly a transnational phenomenon. In terms of the content of regulation the book shows an increasing reliance on the application of market mechanisms and a tendency for corporations themselves to become commodities. The emerging new mode of regulation is characterized by increasing informalization and by forms of private regulation. These changes in content and mode are driven by transnational actors, first of all the owners of internationally mobile financial capital and their functionaries such as coordination service firms, as well as by key public international agencies such as the European Commission.The Transnational Politics of Corporate Governance Regulation will be of interest to students and researchers of international political economy, politics, economics and corporate governance. 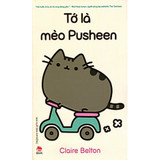 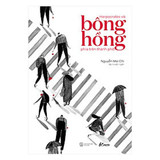