At Sotheby's, London, in the year 1936, a paper by Sir Isaac Newton is sold at auction to a bookseller's agent and within minutes of leaving the auction house, he is killed and the paper stolen. For the Nazis are desperate to get their hands on a Newton formula that will unleash the Secret Fire - a weapon beyond all imagining that can wipe their enemies off the face of the earth. And this document is the key ...unless the French Resistance and SOE operatives also on its trail can stop them. In New York, in the year 2007, Katherine Reckliss learns her grandmother's SOE radio has started picking up disturbing messages from occupied France, warning that a V1 containing the Secret Fire is being launched by the Nazis and its target is present-day London. So begins the desperate race to halt the Secret Fire - both in 1940s Nazi-occupied France and modern-day London. The clock is ticking as history starts to re-write the future in a new and terrifying script. 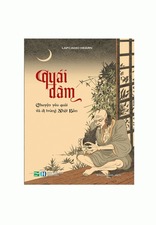