This is the first book on the pricing of gas in international trade. Gas accounts for around 25% of global energy demand and international gas trade is growing rapidly. The volume examines the theory of energy pricing and looks at the contribution that theory can make to the study of international gas pricing. It traces the historical origins and development of international gas pricing in North America, Europe, Asia, and the former Soviet Union since the 1970s, and other regions up to the early 2000s. The majority of the contributions focus on developments in the 2000s, with a view to how gas pricing is likely to develop during the 2010s and beyond. In addition to the traditional gas trading regions, the book also covers the Middle East, North Africa, sub-Saharan Africa, Latin America, South East Asia, India, China, and Pacific Basin LNG. These national and regional studies are followed by chapters on the globalisation of gas markets and prices, and the potential development of a "gas-OPEC." The concluding chapter considers the extent to which international gas pricing is likely to remain regional, whether gas could become a "global market" with a global price--akin to the crude oil market. It also considers whether international pricing is likely to come under the control of a small group of countries--a possible "gas OPEC"--similar to the influence of OPEC in the crude oil market. 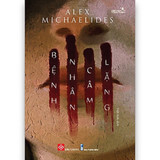