Thanks to the rise of mutual funds and retirement plans, the actual owners of the world’s corporate giants are no longer a few wealthy families. Rather, they’re the huge majority of working people who have their pensions and life savings invested in shares of today’s largest companies. These grassroots owners have ideas about value that differ from those of tycoons or Wall Street traders. And corporate directors and executives are coming under increasing pressure to respond. The New Capitalists provides examples—from GE to Disney to British Petroleum—of enterprises whose shareholders have recently wielded their control in ways unimaginable just several years ago.

Authors Stephen Davis, Jon Lukomnik and David Pitt-Watson describe how civil ownership will profoundly alter our world—including forcing the rise of a new species of corporation. It has already begun demolishing old rules and habits, laying the groundwork for a new “constitution of commerce.” The authors spell out conventional thinking destined for extinction—and fresh strategies companies must implement to survive in the emerging “civil economy.” They also outline how investors, advisors, activists, and policy makers can make their voices heard. 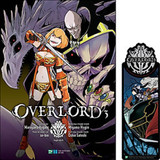