As seen on The Today Show, Rachael Ray, and Kelly and Michael.

From the Emmy-Award winning host of Survivor, Jeff Probst, with Middle School: The Worst Years of My Life co-author Chris Tebbetts

It happened to them once. It could never happen again, right?

Two months ago, Vanessa and Buzz’s dad married Jane and Carter’s mom and they became a family. But their adventure really started just two weeks ago when the four siblings were shipwrecked and stranded on a deserted tropical island for thirteen days. Alone. They thought it was over, but now, they find themselves on a whole new island, and this time, they’re not alone. Getting here was a nightmare. Leaving just might be impossible.

Because this time, it’s forbidden.

Books in the original Stranded series: 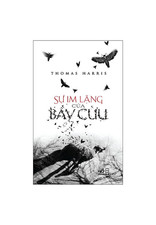