A fast-paced adventure, inspired by the traditional story of "The Three Little Pigs", in which the brave trio attempt to outwit the Big Bad Wolf for the second time, this time by winning the 'Pie in the Sky Air Race'. Each pig builds a plane, out of straw, sticks and...not bricks, but metal. In a fit of frustration, the wolf leaps out of his plane and onto the back of the pigs' plane, just at the moment that the cleverest pig is testing out the rocket booster. The wolf shoots off into the great blue yonder and the pigs shoot over the finishing line.

Winner of the Books for Younger Children category of the Red House Children's Books Award 2006. 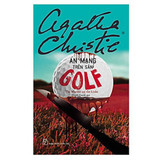