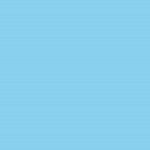 Nana is a novel by the French naturalist author Émile Zola. Completed in 1880, Nana is the ninth installment in the 20-volume Les Rougon-Macquart series. Nana tells the story of Nana Coupeau's rise from streetwalker to high-class prostitute during the last three years of the French Second Empire. Nana first appeared near the end of Zola's earlier novel Rougon-Macquart series, L'Assommoir (1877), where she is the daughter of an abusive drunk. At the conclusion of that novel, she is living in the streets and just beginning a life of prostitution. Nana opens with a night at the Théâtre des Variétés in April 1867 just after the Exposition Universelle has opened. Nana is eighteen years old, though she would have been fifteen according to the family tree of the Rougon-Macquarts Zola had published years before starting work on this novel. Zola describes in detail the performance of La blonde Vénus, a fictional operetta modeled after Offenbach's La belle Hélène, in which Nana is cast as the lead. All of Paris is talking about her, though this is her first stage appearance. When asked to say something about her talents, Bordenave, the manager of the theatre, explains that a star does not need to know how to sing or act: "Nana has something else, dammit, and something that takes the place of everything else. I scented it out, and it smells damnably strong in her, or else I lost my sense of smell." Just as the crowd is about to dismiss her performance as terrible, young Georges Hugon shouts: "Très chic!" From then on, she owns the audience. Zola describes her appearance only thinly veiled in the third act: "All of a sudden, in the good-natured child the woman stood revealed, a disturbing woman with all the impulsive madness of her sex, opening the gates of the unknown world of desire. Nana was still smiling, but with the deadly smile of a man-eater." In the course of the novel Nana destroys every man who pursues her: Philippe Hugon is imprisoned after stealing from the army to lend Nana money; the wealthy banker Steiner bankrupts himself trying to please her; Georges Hugon stabs himself with scissors in anguish over her; Vandeuvres incinerates himself after Nana ruins him financially; Fauchery, a journalist and publisher who falls for Nana early on, writes a scathing article about her later, and falls for her again and is ruined financially; and Count Muffat, whose faithfulness to Nana brings him back for humiliation after humiliation until he finds her in bed with his elderly father-in-law. In George Becker's words: "What emerges from [Nana] is the completeness of Nana's destructive force, brought to a culmination in the thirteenth chapter by a kind of roll call of the victims of her voracity". Zola has Nana die a horrible death in July 1870 from smallpox: "What lay on the pillow was a charnel house, a heap of pus and blood, a shovelful of putrid flesh. The pustules had invaded the whole face, so that one pock touched the next". Outside her window the crowd is madly cheering "To Berlin! To Berlin!" to greet the start of the Franco-Prussian War, which will end in defeat for France and the end of the Second Empire.

--This text refers to an out of print or unavailable edition of this title.