'He loved power for power's sake . . . He was without question the greatest of the Rougons.'

His Excellency Eugène Rougon (1876) is the sixth novel in Zola's twenty-volume Rougon-Macquart cycle. A political novel set in the corridors of power and in the upper échelons of French Second Empire society, including the Imperial court, it focuses on the fluctuating fortunes of the authoritarian Eugène Rougon, the 'vice-Emperor'. But it is more than just a chronicle. It plunges the reader into the essential dynamics of the political: the rivalries, the scheming, the

jockeying for position, the ups and downs, the play of interests, the lobbying and gossip, the patronage and string-pulling, the bribery and blackmail, and, especially, the manipulation of language for political purposes. The novel's themes-especially its treatment of political discourse-have remarkable contemporary

resonance. His Excellency Eugène Rougon is about politics everywhere. 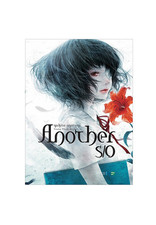