The four individuals traditionally associated with the Fantastic Four, who gained superpowers after exposure to cosmic rays during a scientific mission to outer space, are Mister Fantastic (Reed Richards), a scientific genius and the leader of the group, who can stretch his body into incredible lengths and shapes; the Invisible Woman (Susan "Sue" Storm), who eventually married Reed, who can render herself invisible and later project powerful invisible force fields; the Human Torch (Johnny Storm), Sue's younger brother, who can generate flames, surround himself with them and fly; and the monstrous Thing (Ben Grimm), their grumpy but benevolent friend, a former college football star and Reed's college roommate as well as a good pilot, who possesses tremendous superhuman strength, durability, and endurance due to the nature of his stone-like flesh. 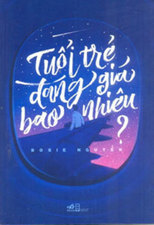