As is evident in his many thrilling novels, Alan Dean Foster is a master at creating other worlds in an array of genres. Now he turns his imagination to the short story in these spectacular tales of outer space, cyberspace, ancient gods, modern demons, and mortal horror, including

Panhandler A predatory lawyer encounters a fabled boyhood hero and falls victim to the less innocent intrigues of eternal youth.

Growth Not even his minidrag Pip can save Flinx from the overly intimate advances of an intruder who goes entirely too far.

Basted A lowly, hen-pecked Egyptian discovers that the Pharaoh’s tomb holds exactly what he needs for a whole new life.

The Killing of Bad Bull A man with a knack for getting gambling’s one-armed bandits to give it up finds himself at the top–of several hit lists.

At Sea A poor Scandinavian captain forced into running drugs is shown a way out of his desperate straits with the help of five beautiful blondes who are simply out-of-this-world.

Open Exceptions to Reality to find these amazing stories and nine other irresistibly unearthly tales! 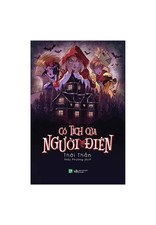