"The Dead Tracks" is the second in the David Raker series from Tim Weaver. A serial killer more terrifying than you could ever imagine...Seventeen-year-old Megan Carver was an unlikely runaway. A straight - a student from a happy home, she studied hard and rarely got into trouble. Six months on, she's never been found. Missing persons investigator David Raker knows what it's like to grieve. He knows the shadowy world of the lost too. So, when he's hired by Megan's parents to find out what happened, he recognizes their pain - but knows that the darkest secrets can be buried deep. And Megan's secrets could cost him his life. Because as Raker investigates her disappearance, he realizes everything is a lie. People close to her are dead. Others are too terrified to talk. And soon the conspiracy of silence leads Raker towards a forest on the edge of the city. A place with a horrifying history - which was once the hunting ground for a brutal, twisted serial killer. A place known as the Dead Tracks...Hot on the heels of "Chasing the Dead", "The Dead Tracks" by Tim Weaver revisits David Raker and his complex missing persons cases. Fans of Mo Hayder's "Gone" and Michael Marshall Smith's "The Straw Men" should look this way. Praise for Tim Weaver: "Impressive debut...Fans of Mo Hayder will be in seventh hell". ("Guardian"). "Perfect plotting, great characterisation, and the kind of payoff that a thriller of this calibre deserves". (Bookgeeks). "A taut thriller". (Barry Forshaw). Tim Weaver was born in 1977. At eighteen, he left school and started working in magazine journalism, and has since gone on to develop a successful career writing about films, TV, sport, games and technology. He is married with a young daughter, and lives near Bath. "Vanished" is Tim's third David Raker novel, which follow his highly acclaimed debut "Chasing the Dead" and its sequel, "The Dead Tracks". Tortured by his wife's early death, David Raker is one of the most charismatic, sensitive and unique missing persons investigators in current crime fiction. 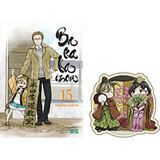 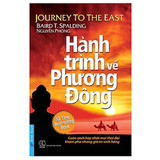