I used to be your average, everyday girl but all that changed one night in Dublin when I saw my first Fae, and got dragged into a world of deadly immortals and ancient secrets. . . .

In her fight to stay alive, MacKayla must find the Sinsar Dubh—a million-year-old book of the blackest magic imaginable, which holds the key to power over the worlds of both the Fae and Man. Pursued by assassins, surrounded by mysterious figures she knows she can’t trust, Mac finds herself torn between two deadly and powerful men: V’lane, the immortal Fae Prince, and Jericho Barrons, a man as irresistible as he is dangerous.

For centuries the shadowy realm of the Fae has coexisted with that of humans. Now the walls between the two are coming down, and Mac is the only thing that stands between them.

the vast worldwide fortress that is the U.S. Army, Jack Reacher—an ordinarily untouchable investigator for the 110th Special Unit—is being set up as a fall guy with the worst enemies a man can have.

But Reacher won’t quit. He’s fighting a new kind of war. And he’s taking a young female lieutenant with him on a deadly hunt that leads them from the ragged edges of a rural army post to the winding streets of Paris to a confrontation with an enemy he didn’t know he had. With his French-born mother dying—and divulging to her son one last, stunning secret—Reacher is forced to question everything he once believed…about his family, his career, his loyalties—and himself. Because this soldier’s son is on his way into the darkness, where he finds a tangled drama of desperate desires and violent death—and a conspiracy more chilling, ingenious, and treacherous than anyone could have guessed. 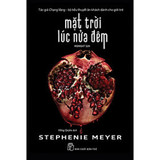