Crammed full of contemporary comedy examples and house-hold names, from the music hall tradition to contemporary sitcoms, Andy Medhurst considers how English comedy reflects national concerns with class, race, gender and sexuality and traces the recurrence of themes and structures. Examining popular English comedies and comedians in the twentieth century, ranging from the Carry On films to the work of Mike Leigh and contemporary sitcoms such as "The Royle Family", and from George Formby to Alan Bennett and Roy 'Chubby' Brown, the book argues that comedy plays a pivotal role in the construction of cultural identity. Medhurst presents case studies of comic traditions and representations, and examines key figures in English comic history, including Mike Leigh, Alan Bennett and Victoria Wood. Part history and part polemic, "A National Joke" is a book that will not only entertain, it will enlighten and inform any student, scholar, or general reader of our national comedy. 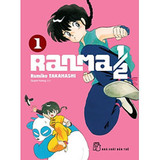