Harry was just an ordinary teenage boy from Croydon when he was abducted by aliens and accidentally became the captain of their starship. His quest to get back home to Earth continues - but now he's acquired an alien 'son' and a new spacecraft, and he's being pursued by an eight-foot robot bounty hunter...Could this be a galaxy too far for Harry? Another hilarious story from the Roald Dahl Funny Prize-winning author of the DARK LORD series. 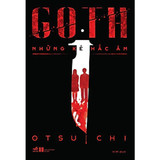